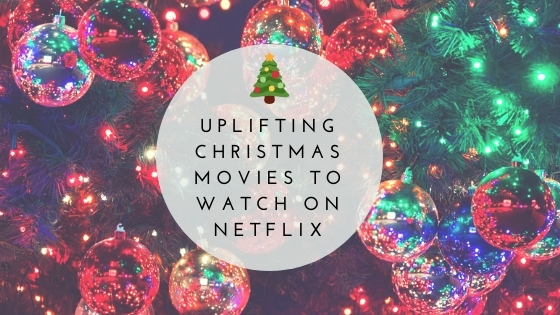 There’s literally nothing better than sitting on the sofa under a blanket with some snacks and watching uplifting festive movies. It’s what December was made for! Here are 8 of my favourite Christmas movies to watch on Netflix.

The Christmas Chronicles was released in 2018 and told the story of a brother and sister who tried to catch Santa on camera which then resulted in them having the adventure of the lifetime. It’s a real feel-good movie with some heartwarming moments and Kurt Russel makes a fantastic Santa! The second movie was also released in late November which I was very excited about. Both kids and adults will love these movies and, over time, I think they will become a Christmas classic.

The Princess Switch is one of those movies where it’s so bad it’s almost good. It’s beyond cheesy and predictable but it’s a happy, comforting movie that’s easy to watch and full of festive cheer! Featuring a Christmas baking competition, a prince and a life swap between two look-a-likes with very different personalities, this movie is as predictable as they come but I love it haha. This year The Princess Switch: Switched Again was released which features a third look-a-like! Shocking haha.

The Knight Before Christmas

The Knight Before Christmas is another cheesy Vanessa Hudgens Christmas movie that’s easy and comforting to watch, has some laughs and is bright and cheery. The story focuses on a medieval knight who was cursed by a witch and is transported to the modern world where he needs to fulfil a quest. In the modern world, he meets Vanessa Hudgens character and they quickly grow very close. While the main storyline isn’t really Christmas-related, the movie is set during the holiday season so there’s plenty of visually-pleasing festive scenes.

Imaginative, magical, heartfelt, colourful and fun, Jingle Jangle is a movie filled with adventure and super catchy tunes! When an eccentric toymaker is betrayed by an old apprentice, his granddaughter comes in to save the day. This movie has some pretty big names in it such as Forest Whitaker, Hugh Bonneville and Anika Noni Rose. John Legend was also a producer and helped write the uplifting songs. This movie is very energetic that both kids and adults will love this Christmas time!

The new, animated version of the classic Grinch movie is currently on Netflix and is a great re-telling! Everyone knows and loves the story of The Grinch and this movie is just as funny and heartwarming as the original. Plus, it features Max a lot more which is a win! It’s the perfect movie to get in the holiday spirit.

Arthur Christmas is one of my all-time favourite festive movies! When Santa misses delivering a present to a little girl in England, his son, Arthur, takes it upon himself to deliver it. With the help of Grandsanta, his reindeer and a perky elf, they go on a top-secret mission all over the world to make sure the little girl gets her present before Christmas day! This is such a fun, adventurous movie that’s very funny and has many quotable scenes.

Nativity is a movie that can always make me smile. With an amazing soundtrack, adorable kids, a grumpy but lovable teacher and a brilliantly funny storyline, Nativity is super uplifting and definitely deserves a watch. This is always one of the first movies I watch when I want to get in the Christmas spirit. And you can find me listening to the soundtrack almost constantly throughout December! I guarantee this movie will have you feeling all the festive feels.

Christmas Land is a light-hearted, uplifting Christmas movie which tells the story of a busy city woman who inherits her grandmother’s Christmas tree farm and holiday-themed village and has to decide whether to keep or sell it. It’s your typical Hallmark Christmas rom-com movie so you can expect a predictable and cringe-worthy storyline. But, it’s the perfect movie to stick on while wrapping presents or decorating the tree.