7 TV Shows to Watch this Autumn 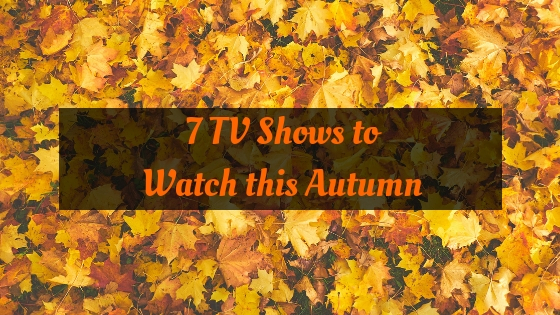 Autumn is made for curling up under a cosy blanket and binge-watching TV shows. If you need some inspiration here are my top 7 TV shows to watch this autumn!

The Haunting of Hill House

If you’re wanting to be seriously spooked this autumn then you definitely need to watch The Haunting of Hill House. It’s creepy, intense and something you probably shouldn’t watch in the dark alone. I honestly found this show so scary I could actually only watch it in small doses!

There’s just something so comforting watching Gilmore Girls in autumn, maybe because it seems to be primarily set during the autumn and winter months. Gilmore Girls is one of my favourite series of all time and it’s perfect for a feel-good, cosy night in.

Surely everyone has heard of American Horror Story by now! For me, this show signifies the start of autumn. They have recently added last year’s series, Apocolypse, to Netflix which I thought was a great season and definitely worth a watch! I’ve also really been enjoying the latest series, 1984, which you can watch in the UK on FOX the day after it’s released in America.

I love Stranger Things and typically end up binge-watching it every autumn. It’s a thrilling show with great friendships, humour and unexpected twists. The last seaosn was definitely one of the best and if the theme tune doesn’t give you all the autumn feels then something must be wrong! Stranger Things is a must-watch autumn TV show.

The Chilling Adventures of Sabrina

If you were a fan of Sabrina the Teenage Witch when you were younger then I’d definitely recommend The Chilling Adventures of Sabrina which takes a much darker route with black magic and demons. It took me a little while to get into this series but by the end, I was completely hooked!

A Series of Unfortunate Events

A Series of Unfortunate Events is unique, dark, twisted and entertaining – perfect TV viewing for autumn nights. This is such an addicting series with amazing acting, colourful sets and will no doubt keep you on the edge of your seat!

The 3rd season of The Crown will finally be back on Sunday the 17th of November and I’m so excited! I’ll definitely be re-watching the last couple of seasons before the new one is released this autumn as again it’s another comforting show to watch on those dark and chilly autumn evenings.

Those are my top 7 TV shows to watch this autumn! Let me know in the comments what you’ll be watching. I hope you all enjoyed this post. If you did don’t forget to subscribe to my blog. You can also follow me on Instagram, Twitter and Pinterest too. Thanks for reading!