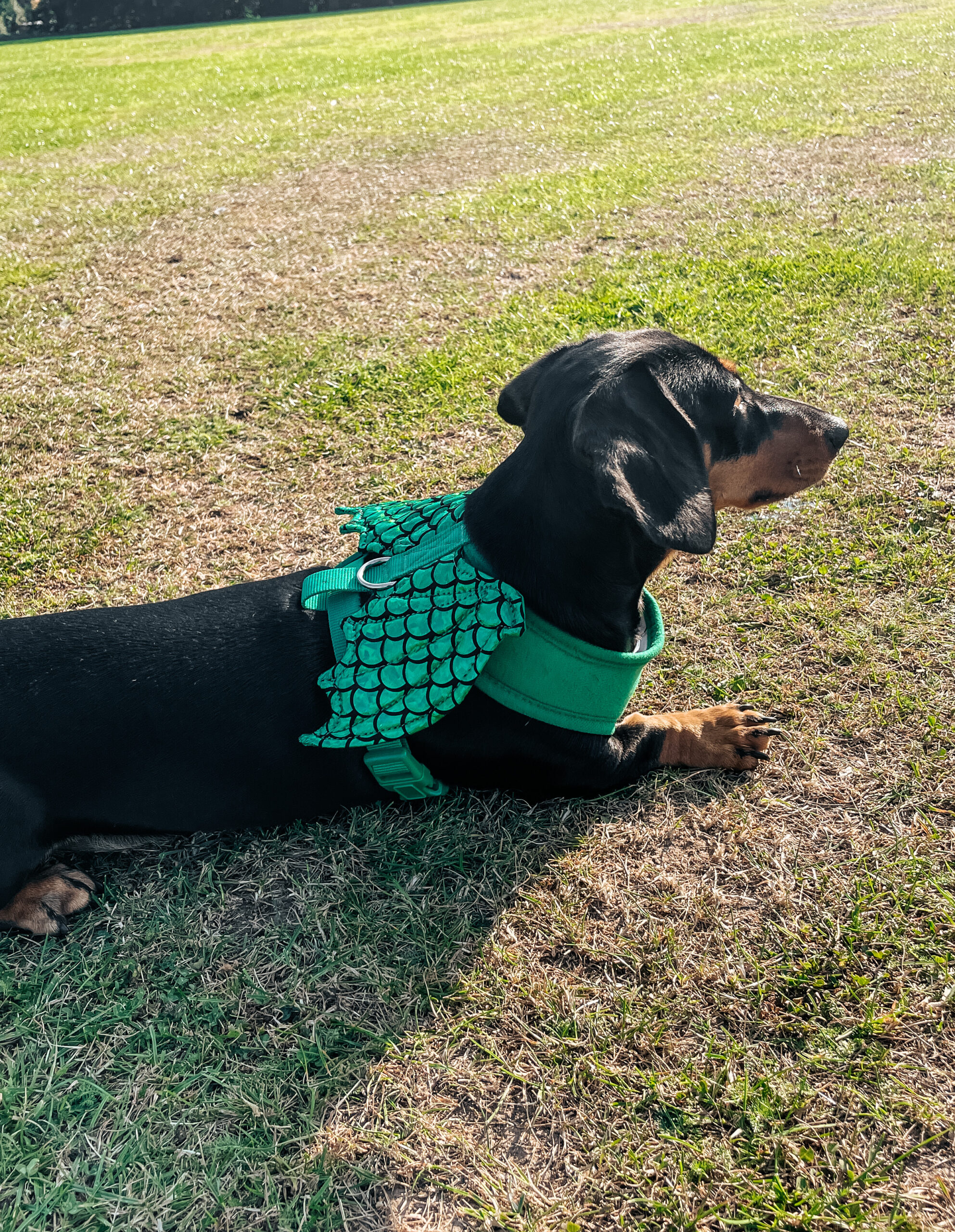 The moment we got a puppy earlier this year, I knew full well, I’d be buying her ridiculous Halloween costumes. Pets at Home brought out some adorable Halloween costumes for dogs that I just couldn’t resist. And, though Luna hated wearing them to start with, she’s grown to accept the costumes.

Here are the Halloween costumes for dogs we picked up and got Luna to wear!

As soon as I saw this pumpkin Halloween costume, I picked it up. My husband did not approve whatsoever but I was not prepared to leave the store without it! It’s very soft and squishy and has velcro that you that stick together underneath the dog. It also came with a little hat to complete the top of the pumpkin. This is definitely my favourite costume and I thought Luna looked beyond adorable in it.

Honestly, at first, she really hated it and got in such a mood with me. To the point where she even pretended to throw up. She’s a very dramatic dog haha. But, over time, she’s got used to it and now doesn’t mind wearing it! She just needed time to play with it and show the costume who was boss haha.

The only thing she still doesn’t like about it is, is she gets stuck when trying to sneak behind the TV.

I was thrilled when I saw Pets at Home were doing Halloween themed dog harnesses too! We saw this dragon harness and it was love at first sight. We also picked up a Christmas harness too with bells on which I can’t wait to use. She took to the harness immediately and now it’s definitely her favourite one. I think she likes how the wings feel when she runs. She also gets a LOT of attention and compliments when she’s wearing it out and about.

How cute does she look? The wings have a very holographic-style shine to them too which looks amazing in the sun.

All of the other dogs at Luna’s puppy class, which she goes to every Saturday morning, are super jealous of her wings too. She gets the attention of a lot of other sausage dogs – a little too much attention by one boy in particular haha.

Lastly, we picked up a spider costume! Considering that her fur is mostly black, we thought the black spider costume would really suit her well. She was definitely.  very confused when we put it on with all the extra legs she’d gained. But, again, after a while, she got used to it and was jumping around as normal. I think she actually prefers the spider to the pumpkin. Maybe because she feels she can run faster with 8 more legs haha.

I think this will probably be the costume we’ll make her wear over the Halloween weekend as she’s much more comfortable in it. Even though I prefer the pumpkin! This one is still very cute though and it’s hilarious seeing her run with all the other legs flapping away.

Those are all the Halloween costumes for dogs we picked up this year! There were also a few patterned jumpers, collars and coats too that I wanted to get. But, that was probably going a bit far for her first Halloween.

I hope you all enjoyed this post. Let me know in the comments if you dress your dog up for Halloween too. Or, what your favourite costume was! While you’re here, don’t forget to subscribe to Beauty and the Bookshelves. You can also follow me on Instagram, Twitter and TikTok too. Thanks for reading!