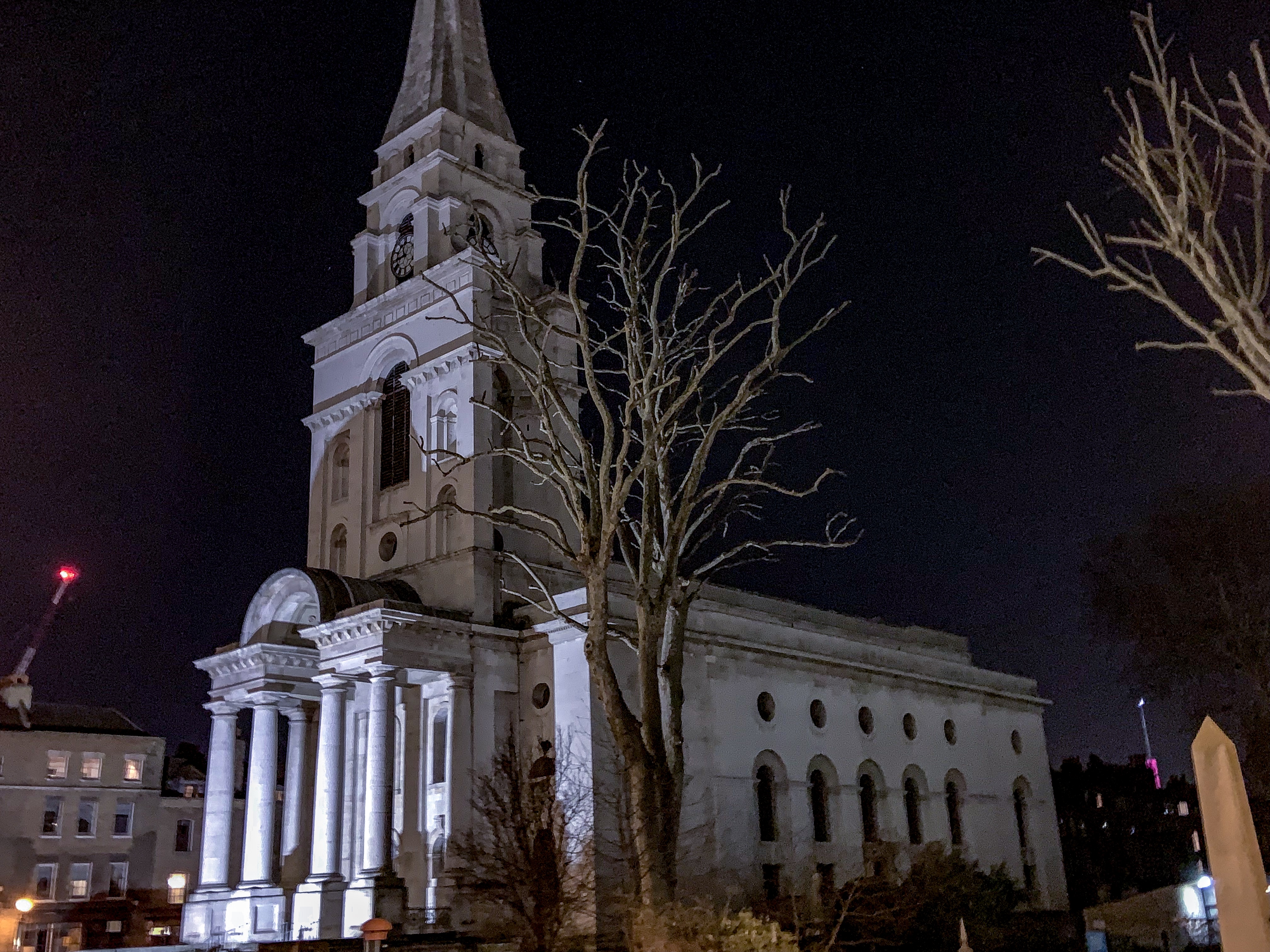 If you’re looking to do something a little spooky in London this Halloween the Jack the Ripper and Haunted London Tour is ideal!

The tour begins at Victoria bus station where you hop on board a double-decker bus. Despite the temperature, Jaz and I, of course, sat on the top deck. We drove through London, on our way to the first destination. The tour guide pointed out places of interest such as Leadenhall Market which was used as Diagon Alley in Harry Potter and Fleet Street which of course was home to the gruesome barber Sweeney Todd.

The walking part of the tour is the longest part so definitely wear comfy shoes! Our tour guide took us around East London, stopping at the sites associated with the Jack the Ripper killings, including the Ten Bells Pub where two of his victims were said to frequent often.

We also heard of popular conspiracy theories at the time such as one of the suspects being part of the royal family. It was definitely eerie hearing about the horrific murders and where body parts were found on the streets of London. Our tour guide was brilliant and told the stories so well. The whole group were definitely captivated. It was so interesting hearing him describe what happened at each spot and what London used to look like in the 1800s.

When the Jack the Ripper Tour was over we all travelled to Smithfield Market to hear haunted tales. Behind the park opposite Smithfield, we saw the memorial plaque for William Wallace, otherwise known as Braveheart. It was here that he was tortured, hanged, drawn and quartered over 700 years ago.

We also saw the only statue in London of Henry the 8th located outside of St Bartholomew’s Hospital and learned of the most famous body snatchers of the 19th century, John Bishop and Thomas Williams, who were also hanged. If you’re interested in London’s history then Smithfield Market is definitely somewhere you should visit.

Once again we hopped back on the bus and were driven to the Sherlock Holmes pub where the tour ends. Jaz and I decided not to go into the pub as it was crowded. However, we did eat there a couple of months later and while the service wasn’t fantastic the food was great!

Overall it was a brilliant tour and something I’d highly recommend. The whole experience was around 2 and a half hours long and it was definitely spooky, especially walking down alleyways where police carried the deceased bodies of Jack the Ripper’s victims.

I hope you all enjoyed this post. Let me know if you’ve done the Jack the Ripper and Haunted London tour or if you’re planning on going. Don’t forget to subscribe to my blog while you’re here. You can also follow me on Instagram, Twitter and Pinterest too. Thanks for reading!