Halloween is a time for both adults and children, whether it’s trick-or-treating, going to a party or staying in watching movies there’s a festive activity for everyone. I have compiled a list of my top ten family friendly Halloween movies for those of you who either don’t like the typical blood and gore horror films, or have young children that want to join in on the fun.

This is one of my all time favourite Halloween movies! I watch it every single year and it really gets me in the festive mood. Three pre-teens discover that their neighbours house is alive and dangerous but none of the adults they try to get help from believe them. They must find a way to destroy the Monster House before Halloween brings the innocent trick-or-treaters to it’s front door. This is a  funny, imaginative movies that’s great for both children and adults. It’s very mildly scary with a couple of jumpy scenes but has a happy ending.

These movies are adorable! A hotel for monsters trying to escape from the prejudice of humans. These movies are very funny, my sister and I quote lines from it all the time, and the monsters are all so lovable. I think my favourite characters would be the invisible man and his ‘invisible girlfriend’ and the exhausted wolf with hundreds of cubs.

3.) The Nightmare Before Christmas

Do I even need to say anything about this movie? It’s a classic and if you haven’t seen it yet then what are you waiting for?! I adore Jack Skellington and his quest to bring Christmas to Halloweentown. It’s a typical Tim Burton film, so it is slightly creepy, but kids will surely love it with the songs, the storyline and the characters. I cannot fault this movie, it’s perfect for this time of year.

This is such a fun movie that I’ve watched since I was a child (confession: I had a HUGE crush on Rudolph the vampire). It’s all about a little boy, Tony, who moves to Scotland with his parents and gets bullied at his new school. Then he meets Rudolph and they strike up a friendship and together they find the courage to face Tony’s bullies and the vampire hunter threatening the vampire race.

This movie gets me so emotional. Edward just wants to be loved and accepted by the people in his suburban neighbourhood but his scissor hands make him an outsider that people fear. This may be a little too scary/creepy for younger children, but it’s got such a great message and Edward is adorable. I love this movie, it’s another Tim Burton classic. 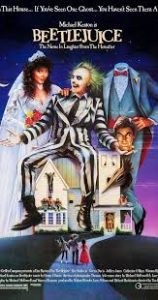 Sticking with the Tim Burton theme (can you tell I’m a fan?) I am obsessed with Beetlejuice! This is another movie that I just can’t fault, it’s darkly funny, very creative and the dinner party scene is one of my favourite scenes of all time. 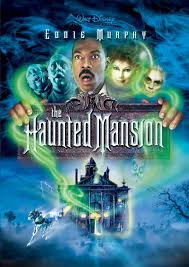 This is a really funny movie that I’m sure most of you are not only familiar with, but have been on the ride at Disneyland. A workaholic real estate agent takes his family on holiday after being accused of not spending enough time with them. Before they arrive he stops at a mansion that he’s been asked to sell where they encounter ghosts, ghouls and a curse that needs to be broken. I remember watching this movie on the Disney channel when I was younger and it brings back all the memories and feelings of excitement for Halloween. It’s a great film that kids and grown up kids are sure to love. 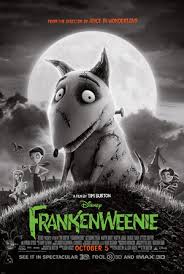 Yes it’s another Tim Burton movie, last one I swear! If Frankenweenie doesn’t make you ugly cry and cuddle your pet then there is something seriously wrong with you. Young Victor is heartbroken when his dog tragically dies and finds a way to resurrect him, which I think it’s safe to say it’s something we all wish we could do, but things go wrong when his classmates discover his secret and start bringing back all of their deceased pets. It’s sweet, funny, heartwarming and all in black and white which gives it a classic twist, it’s definitely a movie that can’t be missed.

This movie is seriously underrated. Norman is the weird kid who can speak to the dead and prefers them to the living, but when a curse starts to rise zombies from the grave Norman needs embrace his abilities to become a hero and save the town. This is a really fun, original film with a cast of lovable characters. 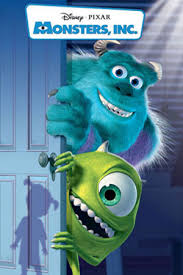 Last on this list is Monsters Inc. How could I not include this movie? Sully and Mike are best friends who both work at the largest scare factory in the monster world. Everything is going really well for them, with Sully about to break the scare record and Mike entering a relationship with a girl he really likes, that is until a little, human, girl accidentally wanders into the monster world and suddenly they’re on the verge of exile. This is such a fantastic film! It doesn’t matter how old you are, child, teen, adult or elder this film will bring out the inner child and leave you smiling with tears in your eyes.

I hope you enjoyed this list and it gave you some new movies to watch. Let me know in the comments which family friendly Halloween movie you’d recommend! Don’t forget to subscribe to my blog to be emailed every time I post, I’ll be posting everyday throughout October. Also follow me on Instagram and Twitter to keep up to date with me, I will of course follow everyone back.