A Court of Silver Flames Review 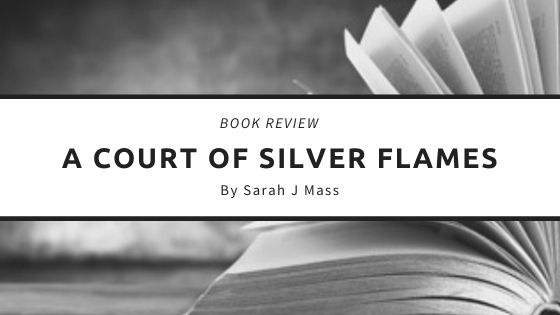 A Court of Silver Flames by Sarah J Mass Review

Title: A Court of Silver Flames (A Court of Thorns and Roses #4)

Summary of A Court of Silver Flames

Nesta Archeron has always been prickly proud, swift to anger, and slow to forgive. And ever since being forced into the Cauldron and becoming High Fae against her will, she’s struggled to find a place for herself within the strange, deadly world she inhabits. Worse, she can’t seem to move past the horrors of the war with Hybern and all she lost in it.

The one person who ignites her temper more than any other is Cassian. The battle-scarred warrior whose position in Rhysand and Feyre’s Night Court keeps him constantly in Nesta’s orbit. But her temper isn’t the only thing Cassian ignites. The fire between them is undeniable and only burns hotter as they are forced into close quarters with each other.

Meanwhile, the treacherous human queens who returned to the Continent during the last war have forged a dangerous new alliance, threatening the fragile peace that has settled over the realms. And the key to halting them might very well rely on Cassian and Nesta facing their haunting pasts.

Against the sweeping backdrop of a world seared by war and plagued with uncertainty, Nesta and Cassian battle monsters from within and without as they search for acceptance and healing in each other’s arms.

Review of A Court of Silver Flames

I don’t think I’ve ever read a 700+ page book so fast before! From the moment Nesta and Cassian were introduced to each other in A Court of Mist and Fury (book 2) I have been very patiently waiting for their story. I was far more invested in their relationship than Feyre and Rhysand. I think I just always preferred Nesta and Cassian as characters in general.

After being forced into becoming fae, then recruited to fight against Hybern where she watches her father, whom she has a rocky relationship with, brutally murdered, Nesta, understandably, has a lot of trauma to work through. But, her solution isn’t to cry and reach out to those who had similar experiences and losses during the battle. Oh no. She drinks, and dances and brings back countless men to her dodgy apartment and pushes absolutely everyone away. Until she’s faced with an ultimatum set by her sister Feyre. Nesta can either live in the House of Wind and work in the library while training with Cassian to help get her life back on track. Or, she’ll be sent back to the human lands where, as a fae, she’ll be shunned and likely tortured by the humans. Of course, she chooses to work and train. But she’s really not happy about it.

Nesta’s character development in A Court of Silver Flames is one the best I’ve ever read. As she deals with trauma, depression, PTSD and goes through every ugly stage of grief and healing, I was deeply invested in her story. And I wanted so badly for her to come out of the other side. I definitely found this book very emotional at times. There was one scene in particular during a very long hike that had me bawling.

While there is plenty of romance in this book, and plenty of spicy scenes, it’s not entirely centred around that. Despite what other reviews may have joked about. Nesta doesn’t trust people easily. Yes, her and Cassian are civil and flirtatious, but she’s constantly pushing him away as she doesn’t feel she’s worthy of his love. Instead, we get treated to a raw, real and wholesome friendship trio between Nesta and 2 other female characters who have all suffered immense trauma. All from different backgrounds, the girls share a strong bond and there are some absolutely precious, humorous and heartwarming moments. It’s this friendship that really begins to help Nesta to heal.

The relationship between Nesta and Cassian I feel is far deeper and more intense than Feyre and Rhysand. I feel like their conversations are more real and I love the easy flow of their conversations with sarcasm and humour. Plus, we get to read quite a bit from Cassian’s POV which helps us to understand both of the characters better. I know the next book in the series alludes to another couple, either Elain and Azriel or Mor with someone. But, honestly, I’d love to read more from Nesta and Cassian’s POV and see their relationship and themselves grow further!

Of course, the book also focused on Nesta trying to heal her relationships with both of her sisters too which was a very rocky path. There were so many ups and downs. One minute I was feeling hopeful that they’d all forgive each other and the next I was in despair that they didn’t quite make it. I think Mass did a great job of striking a balance and not tying everything up perfectly at the end. There’s still much for the sister’s to work on. But it’s an ongoing journey that I’m excited to continue in the next books.

I loved absolutely everything about this book. I’m very tempted to do a re-read already. Nesta is an incredible character and I very much enjoyed watching her grow and heal and share some lighter moments with her newfound friends and Cassian. There was also a very touching moment between her and Azriel too. I so wish we could get more told from Nesta’s POV, I’d be all over that!

With plenty of character growth and development, humour, romance, an intriguing plot, multiple POVs, drama, fights, forgiveness, it literally has everything. If you enjoyed the original ACOTAR trilogy, then you definitely need to give this one a read. Even if you’re not already a Nesta fan, like I was, I guarantee you will be by the end of it!

I hope you all enjoyed this post! Let me know in the comments if you’ve read this A Court of Silver Flames or if you’re planning to. While you’re here don’t forget to subscribe to my blog. You can also follow me on Instagram, Twitter and Pinterest too. Thanks for reading!