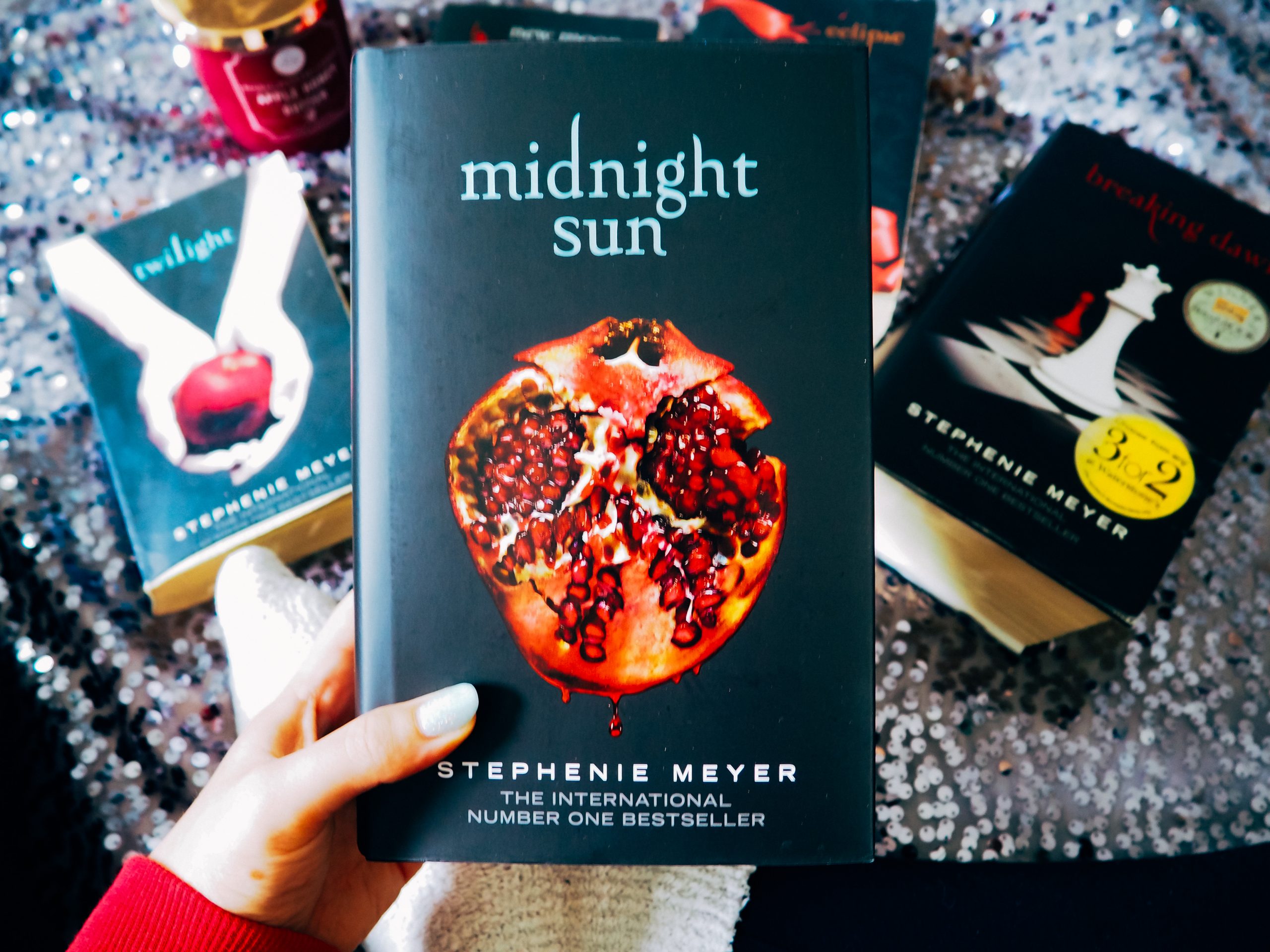 When the news broke back in May that Stephanie Meyer was finally releasing Midnight Sun after 12 years I’m not ashamed to say I screamed a little. It was the news we needed to hear to make 2020 just that little bit more bearable haha. I pre-ordered it from Amazon immediately and was so excited!

Like many, the Twilight Saga was a huge part of my teenage years! I was fully obsessed and hearing that news about Midnight Sun brought all of the memories and feelings back. I re-read the books, watched the movies for the millionth time and listened to the soundtrack over and over. It really gave me the serotonin boost I needed. ?

“When Edward Cullen and Bella Swan met in Twilight, an iconic love story was born. But until now, fans have heard only Bella’s side of the story. At last, readers can experience Edward’s version in the long-awaited companion novel, Midnight Sun.

This unforgettable tale as told through Edward’s eyes takes on a new and decidedly dark twist. Meeting Bella is both the most unnerving and intriguing event he has experienced in all his years as a vampire. As we learn more fascinating details about Edward’s past and the complexity of his inner thoughts, we understand why this is the defining struggle of his life. How can he justify following his heart if it means leading Bella into danger?”

First of all, Midnight Sun was well worth the 12-year wait. When those 12 chapters were leaked all those years ago I did read them, but it’d been so long that I couldn’t remember anything so it was like reading it all for the first time. It was so interesting reading some of the most iconic scenes, like the baseball scene for example, from Edward’s point of view. And, it was also super interesting to find out where Edward goes and what he did when he wasn’t around Bella.

I was completely hooked right from the start. It’s been a while since I read a book this quickly. Of course, it’s important to point out that it’s not perfect. It is a Twilight book after all. But, Stephanie Meyer’s writing has greatly improved. Despite the story being ultimately the same, it was developed in a lot more detail and we got to really get to know some of the other characters. Emmett especially really stood out and was featured a lot more.

Bella is also a lot more likeable too, which makes sense as it’s in Edward’s point of view. But, the way he sees her is totally different to how she views herself in the original Twilight. He cherishes every single moment, so there’s more conversations between them that aren’t in the original book. This means we get to see more of her personality.

There were a few parts that I felt dragged on a bit. The meadow scene, in particular, went on for pages and pages with very little dialogue. Sometimes I felt that parts could’ve been cut and the book could’ve been shorter. But, saying that, I’ve also loved every minute and didn’t want it to end. I’m not ready to leave my Twilight bubble again haha.

I think if you were a fan of the Twilight Saga then you would definitely love this too, mainly because of how nostalgic it is. This book could not have come at a better time, with everything going on right now. Midnight Sun was just a little piece of happiness that reminded us of simpler times.

Personally I would love to see the rest of the series written from Edward’s point of view, but I know she’s already made it very clear that that’s not going to happen. Saying that there have been rumours and interviews with Stephanie Meyer where she’s said that she has planned other books within the Twilight world. I’ve heard everything from a sequel to Breaking Dawn set four years after, to stories of how the other couples like Emmett and Rosalie and Alice and Jasper met and fell in love. Either way, I know I’ll be buying any Twilight-related books that she writes.

I hope you all enjoyed this review! Let me know in the comments if you’ve read Midnight Sun yet.