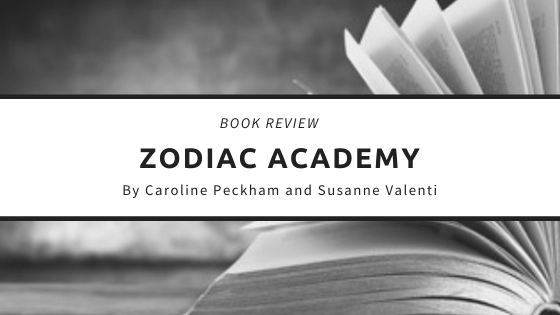 If you’re one of the Fae, elemental magic is in your blood. And apparently, it’s in ours. As twins born in the month of Gemini, we’re a rare breed even in this academy of supernatural a-holes.

Changelings were outlawed hundreds of years ago but I guess our birth parents didn’t get the memo. Which means we’re totally unprepared for the ruthless world of Fae.

No one has ever harnessed all four of them, until we arrived. And it hasn’t made us any friends so far.

As the rarest Elementals ever known, we’re already a threat to the four celestial heirs; the popular, vindictive bullies who happen to be some of the hottest guys we’ve ever seen. It doesn’t help that they’re the most dangerous beasts in the Academy. And probably on earth too.

Our fates are intertwined, but they want us gone. They’ve only got until the lunar eclipse to force us out and they’ll stop at nothing to succeed.

We never knew we had a birthright to live up to but now that we do, we intend to claim our throne.

We can’t expect any help from the faculty when it comes to defending ourselves. So if the dragon shifters want some target practice, the werewolves want someone to hunt or the vampires fancy a snack then we have to be ready. But we’ve been looking after each other for a long time and fighting back is in our blood.

Wow. That’s all I can say. Wow. I loved this book so much! The world, the characters, the plot, the writing style, the drama, all of it was amazing and I couldn’t put it down. As I’m writing this review now I’m actually just starting the 3rd book in the series. Honestly, I’m obsessed haha. The last few books I’ve read, while I’ve enjoyed them, I haven’t been as gripped as I am with this series. It’s one of those where if I’m not reading it, I’m thinking about it and wondering where I could steal a sneaky 5 minutes to read a chapter during the day.

The story is told in dual POV from twins Darcy and Tory. I thought I would end up favouring one over the other but I love them both. Normally, when there are multiple POVs in a book, there are chapters that I skim read because I’m just not interested in their view or plot. But with this, I looked forward to reading both of the girl’s storylines.

Darcy and Tory grew up in the mortal world, fending for themselves as they move from foster home to foster home. One night, Professor Orion shows up and tells them that they are actually fae, that they are lost princesses and heir to the throne of the fae world and they possess elemental magic. Obviously, the girls are a little surprised haha and the first book follows their journey in discovering who they really are and learning about this new world and the academy.

As soon as the twins arrive at the academy tension and drama quickly form. Many don’t want to see them take back the throne – especially the 4 Celestial Heirs who are in line to rule. The Heirs are also studying at Zodiac Academy and, surprise, they are all very attractive. The twins definitely form a split in the school between those who want to see them rightfully on the throne and those who support the Heirs. The Heirs also embark on a mission to make the twins lives a living hell so they drop out of school and return to the mortal world.

The characters are all amazing with the ‘villains’ of the story written so well too. You can tell there’s a lot of depth behind each character which I’m very excited to explore throughout the rest of the series. No character is 2-dimensional. Everyone had a story and secrets to tell. And as much as I tried to hate the Heirs, I couldn’t help but like them too. Even the most annoying character had a loveable side to her!

However, at the same time, I did want to punch most of them in the face. It’s very hard to actually trust any characters, you’re so suspicious of everything they do. Even Darcy and Tory’s friends I was still unsure of. And, the second I did start to trust some of the characters, they immediately went and did horrific things making me hate them all over again.

There are some elements of romance in this book but not loads. I believe romance develops more in the next few books in the series which I’m looking forward to. This is definitely a bully romance though which isn’t something I’ve ever read before so I’m curious to see how a romantic relationship will even be able to form properly after all the terrible things the characters have done to each other.

So far, my favourite romantic prospects are Darius and Orion, although I definitely have a soft spot for Caleb too. While I don’t think it’ll turn into a romantic triangle, the twins are definitely keeping their options open and having fun with pretty much all the boys haha.

I picked this up as it has been described as a darker, adult version of Harry Potter and it definitely hasn’t disappointed. It also reminds me a bit of Vampire Academy too which is my all-time favourite YA series. So, if you like both of those series I’d definitely recommend giving this one a go. I believe there are 6 books out in the series right now with a 7th confirmed and I can’t wait to see how the story and the characters progress.

I really loved the easy world-building and writing style. Honestly, Tory and Darcy are such sassy characters, some of the things they say and their comebacks to the bullies always has me cheering! I really can’t imagine anyone not liking this book haha, to me it was perfect.

I hope you all enjoyed this Zodiac Academy review! Let me know in the comments if you’ve read Zodiac Academy or if you’re planning to. While you’re here, don’t forget to subscribe to Beauty and the Bookshelves. You can also follow me on Instagram, Twitter and Pinterest too. Thanks for reading!