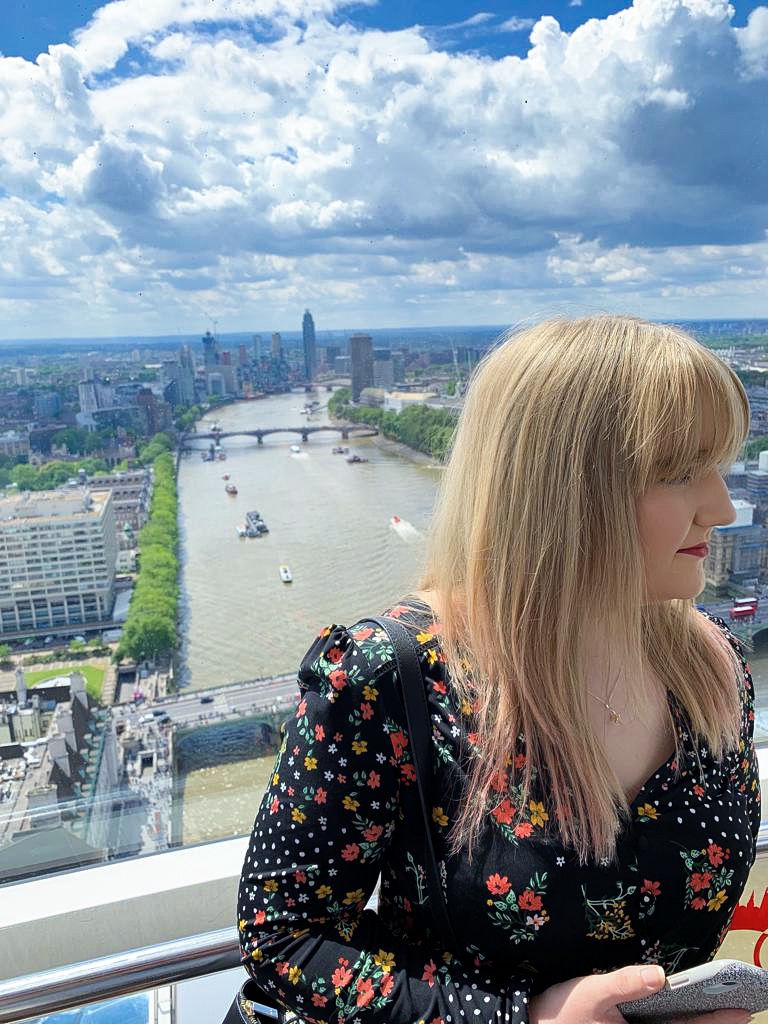 It’s the last day of the month which means it’s time for another month in pictures post! Overall May 2019 was a great month, filled with food, cocktails, trips and new ventures.

Easily the best part of May is the Eurovision! It’s cheesy, politically controversial and so much fun to watch and have a laugh at. This year the contest was held in Tel Aviv, Israel. There were a few controversial moments which made viewers go ‘ohhhhhh!’ such as Iceland who displayed Palestinian flags and Madonna’s politically charged and absolutely terrible performance. Aside from that, it was a great show and mum and I ordered an Indian takeaway for the occasion which was delicious. I was pretty disappointed in the UK’s song entry, let’s be honest, it wasn’t great. Every year the UK plays it safe with a 1 person ballad which just gets lost in all the bright colours, gimmicks, fancy staging and funny performances from the other countries.

This is a little scary to announce but at the start of May 2019, I started live streaming on Twitch! My friend’s new boyfriend introduced us to the world of Twitch and it looked like a lot of fun. It’s oddly addicting watching other people playing games live and I found myself watching people playing The Sims for 3 hours straight! As I’ve been playing The Sims since I was around 8/9 years old I thought I’d give streaming a go too! I was nervous to start and kept it off my social media as I wanted to see how it went first, but I’ve been really enjoying it. It’s a lot of fun playing the game and having other people talk and interact with you about it. So, shameless plug time, if you’re at all interested in watching me play The Sims on Twitch then give me a follow!

The last May bank holiday I spent with Jaz, my fiance, in London and it was a lot of fun. We went on the London Eye for the first time since we were both kids, ate some good food, drank a lot, watched movies and drove past our house development! I love driving past the development and seeing the progress of our house build. Last we saw the had a big delivery of bricks which hopefully means the foundations are pretty much complete and the house will be going up soon! We have roughly 4 months until the house is complete and we can actually move in which is both exciting and scary. You can read all about what we did during the may 2019 bank holiday here.

This month I watched 3 new movies.

I’d been really looking forward to watching this and was not disappointed. Zac Efron and Lily Collins did a fantastic job portraying the characters! I thought it was a really interesting movie to watch and told the story from a completely different perspective.

The Secret Life of Pets 2

This was such a cute movie! Jaz and I watched the first one when it came out in the cinema so we had to go and see this one too. It was funny, light-hearted and involved a wild tiger who was absolutely adorable.

I had my doubts about Aladdin but it was amazing! It was completely mesmerising from start to finish and I was so impressed by the actors playing Aladdin and Jasmine. It was difficult seeing Will Smith as the genie as Robin Williams made that role and he will always be the genie in my eyes, but I think Will Smith did do a good job overall. I’d definitely recommend this movie to all Disney fans.

Those are all mu May 2019 highlights! We’re now heading into my least favourite months of the year, the summer months. I’ve no idea what to expect from June and have made zero plans so far. All I’m hoping is that it won’t be unbearably hot and the hayfever stays away!