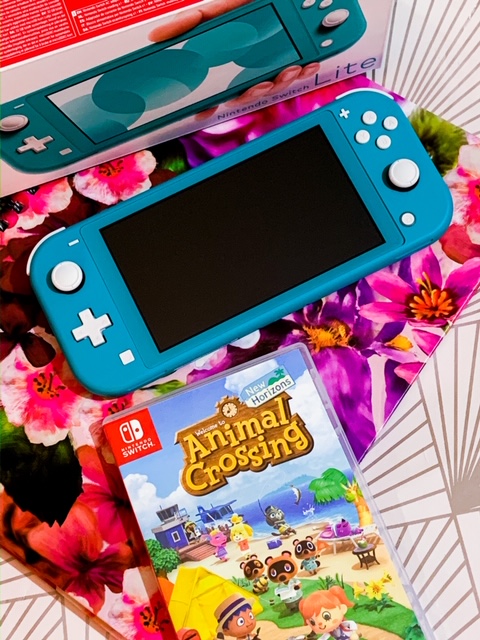 I recently saw this Animal Crossing tag over on Estellosaurus and thought it looked so much fun! Just like everyone else seems to be right now, I am fully obsessed with the Animal Crossing New Horizons game. After being a fan of Animal Crossing since 2005 when Wild World was released for the Nintendo DS, I immediately ran out to buy a Switch Lite purely for New Horizons! This game has been a great escape from reality for a lot of people over the last few weeks.

Thanks so much to Estelle for creating this tag! If you want to participate too, just answer the questions below and tag some fellow Animal Crossing fans and of course Estella as the creator.

Q1) What is your island called? Why did you pick that name?

Well, originally my island was called Corona. At the time it was all I could think of and I thought it was a pretty memorable name. But, after playing it for a while I really started to hate it. So, I started over and named my town after my happy place…Disneyland.

Q2) Share a picture of yourself on your island

Here’s the most recent picture I’ve got of me on my island. Of course, I have pink hair and I recently found a halo in the Tailor shop which I snatched up right away!

Q3) What hemisphere did you choose? Is it the hemisphere you are actually in?

I chose the Northern hemisphere which is the hemisphere I am actually in. I was tempted to choose southern just so I could experience autumn and winter in the game but it would’ve caused too much confusion for me.

Q4) Who is your current favourite resident? Who would be your ultimate dream resident?

Currently, my favourite resident is Walker. He is an adorable little puppy who’s just the sweetest character! I also really love Candi, Buck, Sally and Savannah. I actually feel pretty lucky with my residents. There’s no one I really dislike. My ultimate dream resident though would be Stitches. He’s been my favourite character right from the beginning and I’d love to have him back on my island!

Q5) What can you not do on your island that you wish you could?

I really wish you could create bridges to link up cliffs, I think that would be such a useful feature and could look really cool. I also desperately want to be able to craft things in bulk!

Q6) Favourite season in the game and why?

100% winter! The island looks so pretty in the snow and I love being able to make snowmen and hear the crunch of snow with every footstep. Plus, when it gets toward Christmas all the villages decorate the outside of their houses with lights and it’s so cute.

Q7) If you played New Leaf, what do you miss from that game that you wish had been taken across to New Horizons?

The unbreakable tools! It’s so frustrating when my tools break all the time and with no indication on when they’re getting weak either. I also miss the amount of shops there were in New Leaf. With Club LOL, Shampoodle, the flower shop, Dream Suite etc. There was a lot more to go and visit.

I don’t think I have a favourite? In my house, I currently have Bubblegum K.K playing which is just super cheerful.

Oh that’s a tough one! I think maybe Sable. I always make an effort to talk to her whenever I’m in the Tailor shop and after a while, she starts to come out of her shell and tell you all about her and Mabel’s life.  I’m also a fan of Blathers, even though he talks way too much and Isabelle is just the cutest!

I hope you all enjoyed this post! Let me know in the comments if your an Animal Crossing fan and if you’re going to do this tag too. While you’re here don’t forget to subscribe to Beauty and the Bookshelves. You can also follow me on Instagram, Twitter and Pinterest too. Thanks for reading!