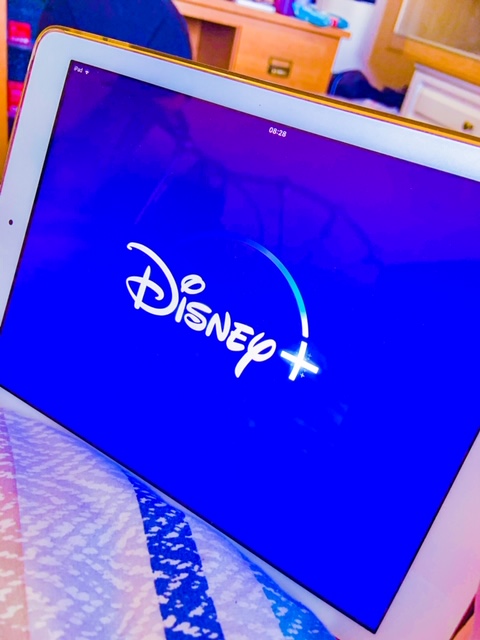 For those of us in the UK Disney+ launched on March 24th and it could not have come at a better time! I think some happily ever afters is what everyone needs right now. We all know I’m a massive Disney fan so the second my eyes opened on the 24th I was signing up. I have to say I’ve been very impressed with the amount that’s on Disney+. From old school movies and tv shows to Disney+ originals, it’s been so much fun exploring the app and being thrown back to my childhood.

So, for today’s post, I thought I’d share what I’ve been binge-watching on Disney+ during the lockdown.

The first thing I watched was Tangled. I felt it was only appropriate to take some notes from the quarantine queen Rapunzel. Plus, Rapunzel is my favourite Disney princess. There really is something special being able to watch happy Disney movies while working from home.

This movie is such a throwback! I couldn’t believe it when I saw it on Disney+. I used to love The Rescuers, with Bernard and Bianca and the Rescue Aid Society. It’s quite a dark film for Disney but cute nonetheless. The Rescue Aid Society song was stuck in my head for hours after too haha.

The Suite Life of Zack and Cody

This was my FAVOURITE show as a teenager! I used to have such a massive crush on Zack haha. I’ve been binge-watching the whole series this week and have loved every second. It’s just as funny as I remember and it feels so comforting rewatching a show from my childhood.

I was also a huge fan of That’s So Raven so when I saw that both Raven and Chelsea were back with Raven’s Home I was very excited. I haven’t watched too much of it yet but so far it seems good. Raven and Chelsea are their usual energetic selves and the new characters are great too!

With Disney+ I finally got around to watching Toy Story 4 and now I wish I’d seen it sooner. It was a really cute movie with some funny, heartwarming moments. I do think that it should be the last movie now thought. They’ve milked it as much as possible. While I did enjoy it, it’s just not the same without Andy.

That’s everything I’ve been watching on Disney+ during lockdown this week and here’s what’s next on my list:

Lady and the Tramp

I know the live-action version of this movie got pretty bad reviews. Mainly people didn’t like the look of the animals as they seem creepy which I totally understand. That’s many why I didn’t like the live-action Lion King movie. Still, I want to watch it. I’d been looking forward to seeing this movie for a while so it’s on my list for next week and I’m fully expecting to hate it.

As someone who was proposed to in Disneyland Paris and who really wanted either the wedding or the honeymoon take place in Disneyland, this show is right up my street! It looks so cute and happy and I just know I’m going to cry at every wedding. I’ve seen lots of people rave about the show and the specials so I’m looking forward to watching it.

Let me know in the comments if you got Disney+ and what you’ve been binge-watching on it!