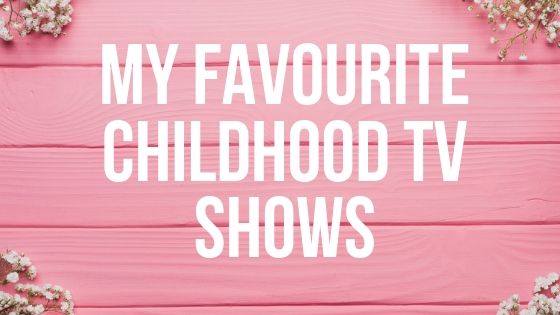 Lately, I’ve been feeling a little nostalgic and have been thinking back to my favourite childhood TV shows. Watching cartoons on a Saturday morning with a bowl of Golden Nuggets (my all time favourite cereal) was always the best part of the week! So, for today’s post, I thought we’d reminisce a little.

Are you ready kids?

Here are 21 of my favourite childhood TV shows!

Who didn’t love these 3 little superheroes? I was obsessed with this show and even had a PS2 Powerpuff Girl game too. Bubbles was always my favourite and Him was my favourite villain.

Lizzie Mcguire was such a great series and the movie is absolutely iconic! I remember hating Kate with a passion and finding Matt, the little brother, so annoying because he reminded me of my younger sister haha.

I loved this show so much I used to pretend to be a spy and tie string all around my room to make it look like laser beams I had to manoeuvre around. My mum hated me a little for doing that haha.

My Parents are Aliens

This show was completely ridiculous but so funny. The most memorable part for me was Brian, the dad, growing antlers whenever he ate ice cream.

I was worryingly obsessed with Spongebob Squarepants as a kid. I thought it was the funniest show and would spend whole weekends binge-watching it! I’m not ashamed to admit that I still know all the words to the songs.

Who else remembers Recess? This show was so good! TJ and Spinelli were my favourites but I also loved Gus too, he was adorable. I loved the movie Recess: School’s Out too, it was the perfect summer holiday movie.

I can hear the theme tune to this so well in my head. Rugrats used to be on first thing in the morning before school and I remember I used to struggle to turn the TV off after breakfast to get ready whenever it was on. I have to admit though, I didn’t like Tommy. Chuckie, Angelica and then Kimi were my favourites. 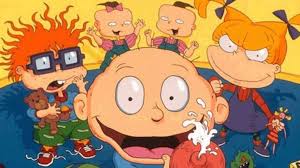 The Busy World of Richard Scarry

This show was adorable and I don’t know anyone else who used to watch it! If you remember The Busy World of Richard Scarry let me know in the comments. From what I remember it was a pretty educational show and I don’t know why it wasn’t more popular!

I LOVED this show! Even as a child I was obsessed with all things spooky. The theme tune was amazing, the monsters were adorable and I would happily watch this again as an adult.

Everyone knows Pingu, the cute, funny little penguin. Despite there being no words Pingu and his antics were hilarious. I loved the episode where Pingu babysits the egg and whenever he cried my little heart just broke!

I would rush home from school every day to catch this show in time! Mona the Vampire was so cool solving mysteries with her friends, plus she had a little cat who she’d put bat wings on which I thought was cute.

The Fairly OddParents was every kid’s dream! Having quirky fairy godparents granting you wishes?! I desperately wanted my own Cosmo and Wanda.

I never thought I’d describe a car as cute but that’s exactly what Brum was, so bloody cute. This little, self-driving car lived in a museum and would go out to explore the city and have adventures.

Bernard was able to stop time with the help of his pocket watch and again this was every kid’s dream! Me and my friends at school all wanted his watch!

Ant, Dec and Cat Deely, SM:TV Live was an iconic show and used to have me in stitches. I remember them playing Wonky Donkey and of course Chums!

Looking back Oakie Doke was a pretty weird show with an acorn man who helped forest creatures, but I loved it. I always watched it whenever I went to my nan and grandad’s house on Saturday’s.

Like every British kid, I was a big fan of Tracy Beaker, with her mischievous nature and wild attitude. I always wished I was as cool as Tracy Beaker. A couple of years ago I also had a boss called Elaine, who I appropriately nicknamed Elaine the Pain whenever she annoyed me (not to her face obviously).

50/50 was a game show that put 50 students each from two different schools against each other in a series of challenges to win a prize and a trophy for their school. This was a really entertaining show but I’m so glad my school never thought about taking part because it looked so stressful to me haha.

Every weekend, half term and summer holiday I would be up at 6am so I could watch The Hoobs. I used to love getting up before anyone else in the house so I could watch what I wanted and play with my super cool bubble machine in the living room haha. The Hoobs was cute and entertaining and I always hoped that they would come to visit me one day. Unfortunately, they never did.

I loved Come Outside so much as a kid! It was an educational show featuring Auntie Mabel, a super cute dog called Pippin and a colourful, polka dot aeroplane. It was a really cosy, comforting show that we used to watch a lot during rainy school lunchtimes.

Last but not least is a show called Big Kids which I found hilarious. It was a really short-lived show and I wished they’d had more seasons. Two parents had been hypnotised so whenever they heard a certain word they’d resort back to acting like children, much to their kid’s horror. It was such a brilliant show and even my mother found it funny.

It was really hard to narrow this list down, I had a lot more childhood TV shows on here originally! I didn’t quite realise just how much TV I used to watch as a child haha. How many of these shows did you watch and what was your favourite? Let me know!

Disclaimer: All images were found on Google Images and do not belong to me.