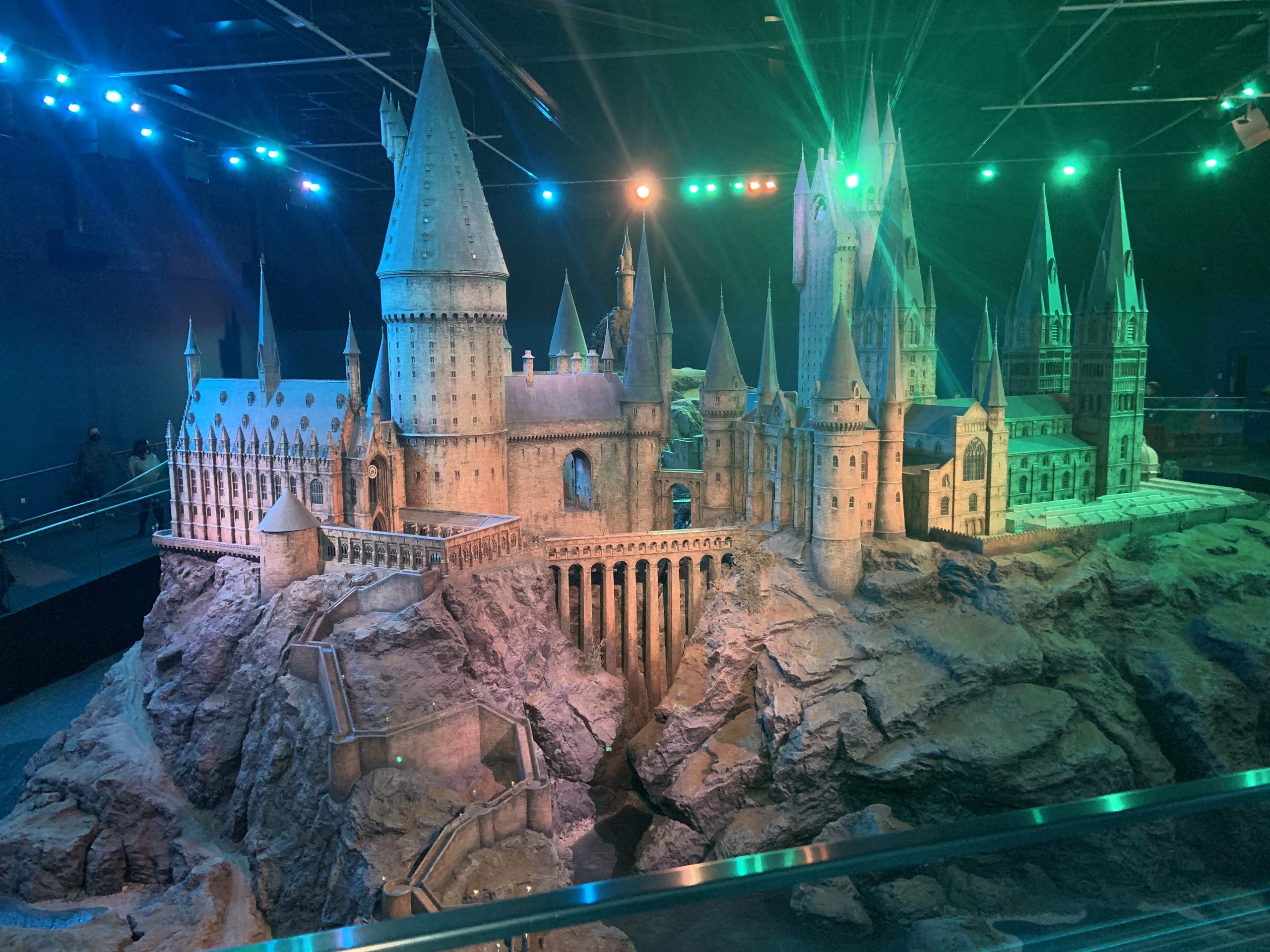 Visiting the Harry Potter Studio Tours London During a Pandemic

For Christmas last year we got tickets to go to the Harry Potter Studio Tours in London. Being massive Harry Potter fans we were all very excited as it’d been a few years since we’d gone last and there were a few new changes. We had planned on going in the summer, but, obviously, the global pandemic stopped us. When we found out the tour had opened again we managed to book a spot on the 11th of October. Yay!

A Celebration of Slytherin

We went during the Celebration of Slytherin season which was very appropriate since both my sister and I are proud Slytherins. Of course, I dressed for the occasion.

We arrived at around 11am and they had a very specific system on parking cars a safe distance apart. We were also told that during the pandemic the capacity is a 3rd of what it used to be. This was great as it meant we’d be able to wander around freely and take lots of pictures without being surrounded by people.

As we were a little early we stopped off in the Chocolate Frog Cafe just inside and had a delicious hot chocolate and themed cupcake.

We then stood in a short queue to get into the main part of the tour. They had some pretty cool memorabilia for us to look at while we waited such as original movie posters in multiple languages and behind the scene shots of the movies.

We were then taken into a cinema-style room before the doors to the great hall opened and revealed the celebration of Slytherin.

We saw all of the costumes worn by the actors in the movies including the school uniforms, professor robes, Yule Ball outfits and Dumbledore’s robes which was really cool. We also got to see Dumbledore’s office and the potions classroom too. There’s so much to see here, so many tiny little details that make the films so magical, it’s really amazing!

The Forbidden Forest is a semi-newly added area that we hadn’t seen yet and it didn’t disappoint. It was a super cool addition featuring Aragog and other huge spiders, a Patronus, Centaurs and Buckbeak!

Seeing Platform 9 and 3/4s is definitely a highlight when visiting. I love seeing the train and of course making the most of the photo opportunity with the trolley. This time around though, because of the pandemic, we weren’t able to actually walk through the train as it’s a very cramped space. They also have a little shop in this section too where you can buy wands, sweets, chocolate clothes and more.

I always think this is a really fun area too and this time we got to go inside the Dursely’s house which we didn’t get to do last time.

This was, without a doubt, my favourite new addition. Gringott’s Bank was amazing! It looked so fancy and luxurious and the detail was insane. Plus, you also get to see the vaults and the dragon guarding it too in a very realistic animation.

We also got to visit Diagon Alley and see the Quidditch shop as well as Ollivanders. I kind of wish you could go inside and see them all done up like in the movies. But, it’s still an awesome place to just wander around. It honestly almost feels like you’re really there. And of course, I 100% said ‘the new Nimbus 2000! It’s the fastest model yet!’ when we walked past the Quidditch shop haha.

The show-stopping grand finale of the tour is seeing the castle itself. You get to walk all around it, to see every little detail. This castle was used for some of the flying, swooping shots which is really cool! There’s honestly nothing quite like it.

If you’re a Harry Potter fan and haven’t been to the Harry Potter Studio Tours London yet, I highly recommend it! I’ve only just been but already I want to go back. It’s such an incredible place and I loved every second of it.