What I bought in Stratford 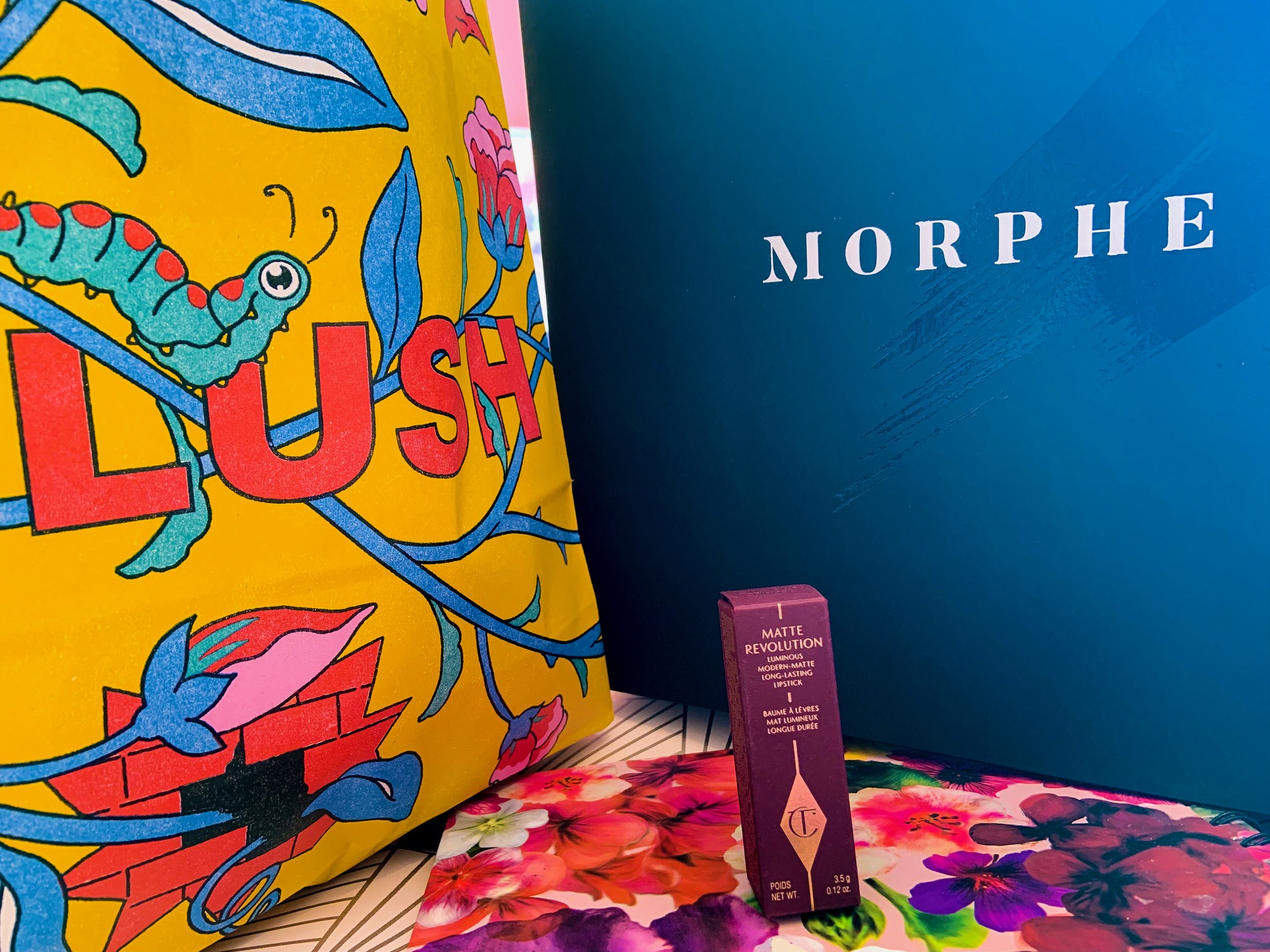 If you read my Month in Pictures August 2019 post you would’ve seen that last week I took a trip to London. While we were there we, of course, had to do some shopping! We stayed around Stratford, as my mother had booked to go down the ArcelorMittal Orbit Slide, and completely spoiled ourselves. So, today I thought I’d show you what I bought in Stratford!

The first shop we went in was of course Lush. There isn’t a Lush store near where we live so it’s always exciting to go in one rather than just order online. Despite still having boxes full of Lush products I couldn’t resist picking up a few things.

I’ve been under quite a bit of stress lately and it’s been a certain time of the month so my skin has really been struggling. I swear by the Cosmetic Warrior face mask, it clears my skin up and leaves it feeling so fresh and clean so I had to pick up a pot.

I was told not to get this bath bomb because it apparently stains your bath black. Obviously, I had to see for myself! It looks like a very pretty bath bomb and it smells lovely. I’m excited to use it and also prepared to scrub the bathtub out for at least 20 minutes after haha.

I used to be obsessed with the Comforter shower gel and was very disappointed when they stopped making it so you can only imagine how happy I was when I saw the bath bomb version. It smells just as good as I remember and it looks like it’ll make the bathwater extremely pink!

I was drawn to the colours and the name of this bath bomb. It looks super pretty and I’ll always love a pink bath. It also smells sugary-sweet and I think it’ll make a really relaxing bath.

This is another product I was very excited to welcome back! The Blackberry bath bomb used to be my favourite alongside the Sex Bomb. It smells incredible and turns the bath into a beautiful purple colour. I’m very excited to use this again and may need to pick up a few more when I make my Halloween order!

Finally, I got the Melusine bath bomb, which was actually the first one I picked up. I loved the look of the colours and the amount of glitter it had. It has a very zesty/citrusy scent to it which I really like and from what I’ve seen it’ll turn the bath into a very vibrant green so I’m excited to use this!

We also discovered there was an actual Morphe store at Stratford which we’d never seen before. I’ve been wanting to try Morphe for the longest time but wanted to see products in person before I did. The store was amazing and had such a huge range! We were in there for a very long time, much to Jaz’s dismay. In the end, I decided to buy the Such a Gem palette as the colours were just beautiful! I haven’t played around with it much yet, but I’m excited to really dive in. Let me know in the comments what your thoughts are on Morphe Palettes.

Charlotte Tilbury has always been my favourite brand for lipsticks and it’s been a while since I’ve bought a new one. Jaz very kindly bought me one of the Matte Revolution lipsticks in the shade Bond Girl which is a shade I’ve wanted for a while. It’s a gorgeous, berry, nude colour that will be perfect for autumn!

That’s everything I bought in Stratford! I did also get some Orange Wafer chocolates from Hotel Chocolat but at the time of writing this post, I only have three left, so not much to photograph…oops.