What to Watch on Netflix on Valentine’s Day 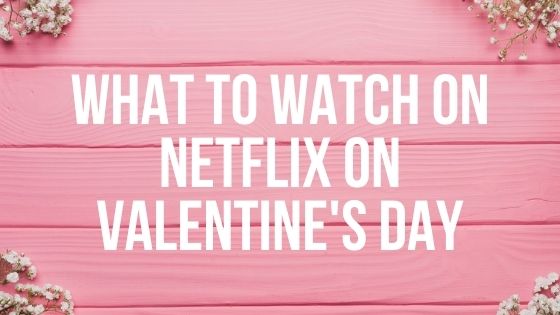 If you haven’t watched Bridgerton yet you’ve at least heard of it! The hype surrounding this show is massive right now and it’s not hard to see why. Wealthy people, complicated relationships, mystery and betrayal set in Regency-era England, this show is filled with drama and is addicting to watch. You’ll easily finish it in a day which makes it perfect for a lazy Sunday Valentine’s watch.

If you’ve already binged Bridgerton and are looking for something similar, then Reign will be perfect! This historical romantic drama is very loosely based on the life of Mary, Queen of Scots. Again, it’s one of those shows that’s totally addicting and you could end up watching all 4 seasons over a weekend. There’s plenty of action, romance, drama and incredible outfits too.

Wanting something a little more modern and light-hearted? Jane the Virgin is a romantic comedy-drama that’s a satire of a telenovela. Despite being a virgin, Jane is accidentally impregnated through artificial insemination, which is a little complicated to explain to her boyfriend. This show is hilarious with some very lovable characters as well as full of drama and emotion.

For a bit of romantic reality TV, try watching Celebs Go Dating. The show is exactly what it sounds. A bunch of celebrities/well-known people in the UK, head to the dating coaches who set them up on dates with who they think are their perfect matches. It’s a very entertaining show with some hilarious/cringe-worthy moments. Who’d have thought these ‘perfect’ celebs are so bad at dating?!

Love is Blind is a dating reality show that was released early last year and intrigued many. It’s based around a social experiment where a group of single people try to find a match and fall in love without ever seeing each other. All they have to go on is the conversations they have. Once they all match up they finally get to meet each other face-to-face and see if the physical attraction really does matter. It’s a very interesting watch full of laughs and cringe-worthy moments and a season 2 is on the way.

Let me know if you if you’re going to be binge-watching Netflix on Valentine’s Day or if you have any other plans. I hope you all enjoyed this post. If you did then don’t forget to subscribe to Beauty and the Bookshelves. You can also follow me on Instagram, Twitter and Pinterest too. Thanks for reading!